Following Sean’s look back at our 2016 it’s my turn to look ahead to what 2017 may hold for Pig and Porter.

As I write this on New Year’s Eve it feels good to be looking forward to a fresh, untarnished New Year. We are growing quickly as a business and will welcome Richard Barclay on board on Tuesday to help us grow our sales inside the M25. Richard’s appointment is part of our drive to double in turnover this year and we know he’ll fit in very well at Pig and Porter. Engaging, hugely enthusiastic and very knowledgeable about beer, Richard will also bring us up to “50% beard” as a brewery and the significance of that cannot be overestimated.

A fair number of you may have visited our brewery at some stage and will be aware of the limitations we face primarily in terms of space. We think we can squeeze in another 15 barrel conical fermenter in February but realistically that will be the end of any new shiny kit in that unit. Aside from increased London sales our growth will come from wider distribution across the country and we made great progress on that front in the last three months of 2016. 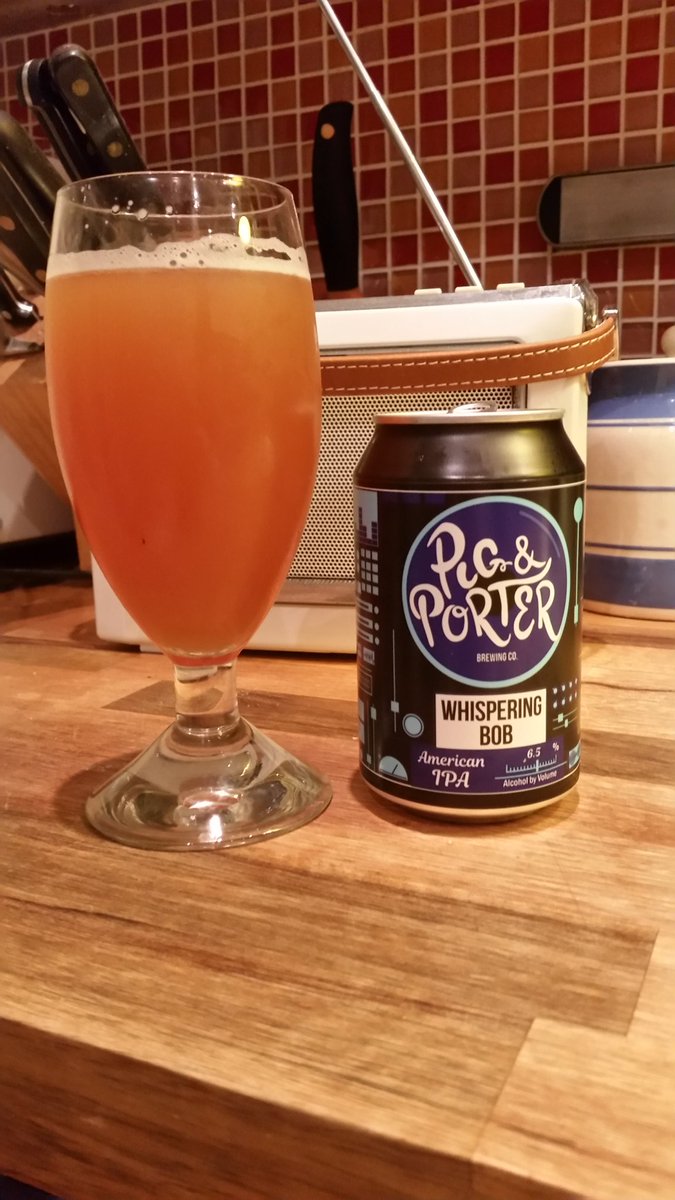 One of our new distributors will be taking the bulk of our canned beer this coming year which will help Pig and Porter reach a whole new market. We’ve only put a very small percentage of our beer into bottles so far and while we were happy enough with the taste of the bottled beer, the carbonation wasn’t always perfect. It was a big decision to move into canning but the early results from the first batch of our American IPA “Whispering Bob” suggest that it was an excellent decision. The beer doesn’t have to leave the brewery as the canning people come to us, we don’t have to filter the beer and we can control the carbonation.

The reason why we are keen to outgrow our current kit and unit as fast as possible is the desire to brew and package our beer on the best possible kit on our own terms. Margins obviously suffer if you have to outsource the canning process. We are all also very keen to continuously improve what we brew as we learn more each year and we look forward to removing some of the limiting factors in that improvement when we have a purpose built new brewery – although that big leap forward won’t happen in 2017.

One process improvement which we’ll be introducing in early 2017 is unfined beer across the entire range. Finings (isinglass) have been a “necessary evil” in the production of clear, bright cask ale as the traditional market will not accept a cloudy pint. All of our keykeg beer has always been unfined and that is one of the clearest dividing lines between different drinkers. As one of our local keg customers put it a while ago, “If a supposed ‘craft’ keykeg pours gin-clear it raises instant suspicion in my customers”.

As well as “grabbing” particles of yeast to make the pint clearer, finings also attract hop particles and while they have no particular taste of their own, we’ve always felt they may strip out a little flavour from the beer. Aside from clarity there is no good reason to use them and we’re delighted to be able to get rid of them. 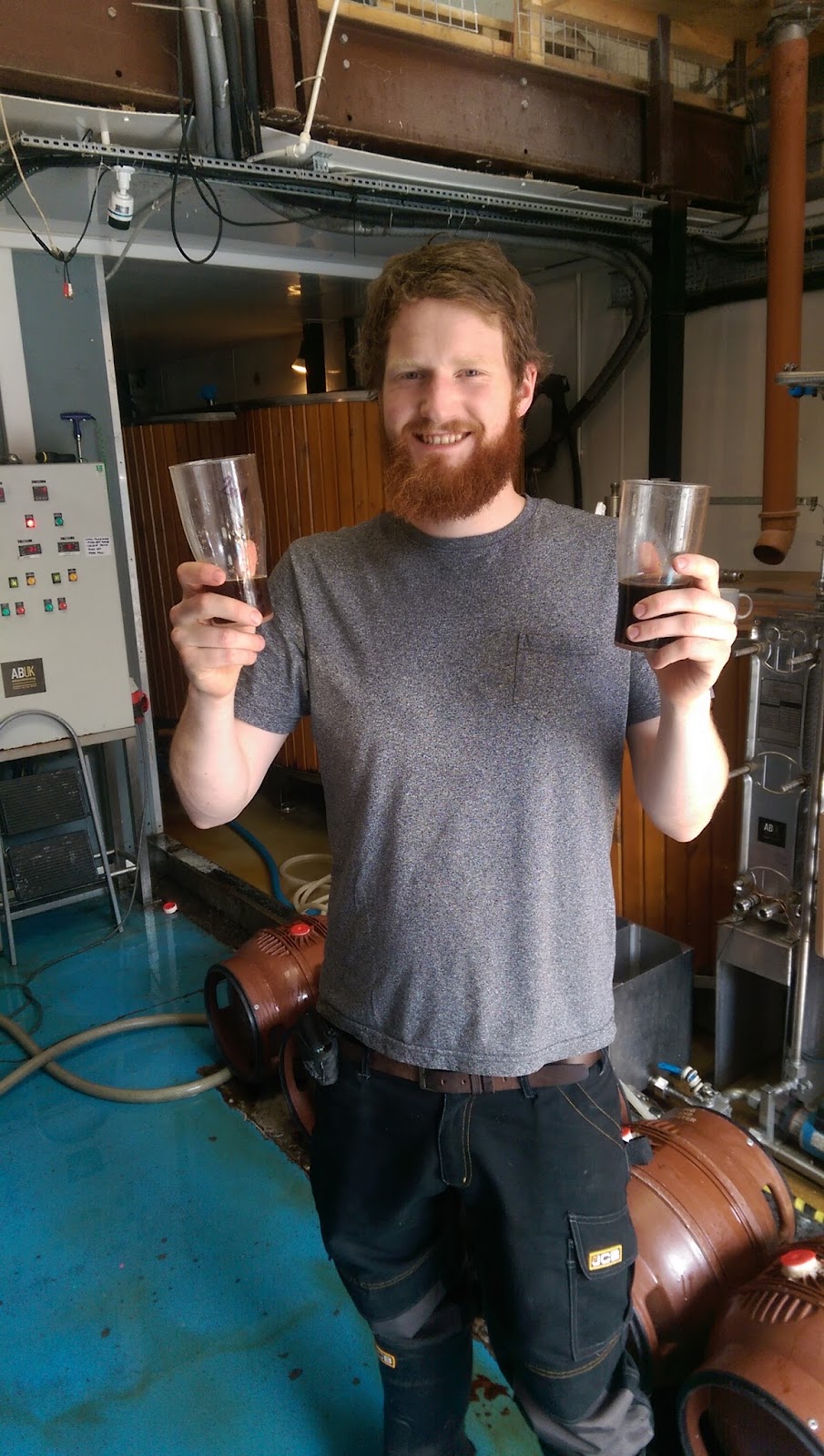 It’s still not quite two years since Sean was able to give up his “day job” and join the business full time and with the welcome full-time addition of our Assistant Brewer, George, last year we’ve been able to get out and about more in recent months and fully intend to do a lot more of that in 2017. It is such a crowded market now for small breweries and we have to be able to do everything possible not only to make great beer but to become known outside our own county.

Mind you, it’s not easy inside Kent either as the number of breweries has more than doubled to 44 at the last count since we started. In the manner of a small indie band then (and with a similarly ropey van), we’ll be getting around the country as much as we can without the fear that things will grind to a halt in the brewery as was formerly the case. We’ll also be having more regular brewery open days with themed food matching.

As Sean mentioned in his blog, we’ve long since passed the point of adapting his tried and tested original recipes and our core range is now well-established. We do brew an incredibly wide range of beers for the number of fermenters available but some of these are for keykeg only and aren’t brewed frequently. We’ll continue to experiment with new styles and new ingredients though, as we brew now for the same reasons we did when we started – to make beers that we enjoy drinking.

It is as big a thrill for me as it ever was to walk into a pub and see one of our beers on tap and we are hugely grateful to all our customers and drinkers for supporting us. I hope and believe we’ll make even better beers for you in 2017.